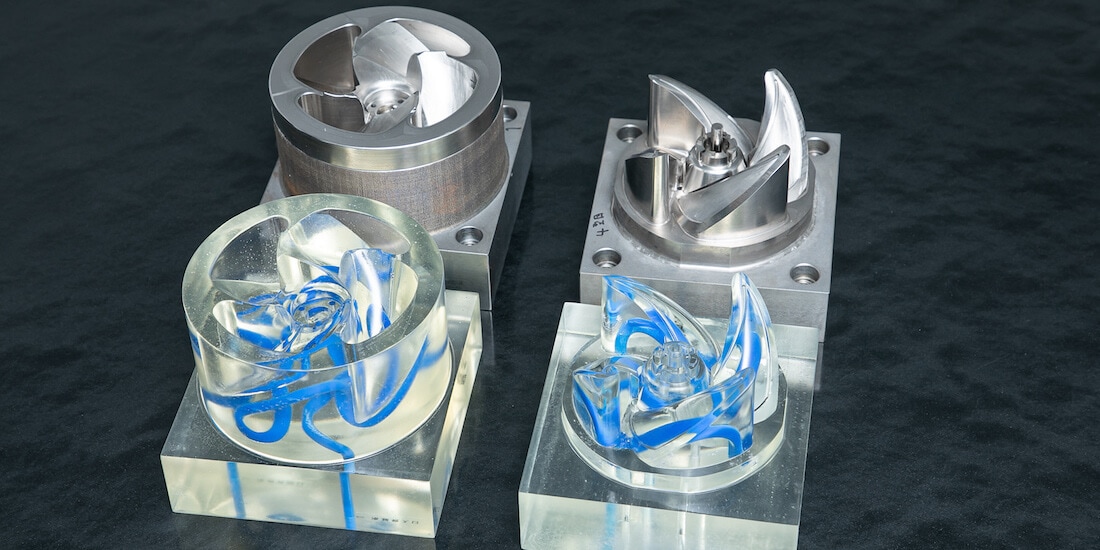 St. Paul, MN (November 17, 2020) — Conformal cooling is not a new technology, in fact, many articles have been written about this topic over the years primarily as a means to reduce cost and improve quality in injection molded parts. There are countless examples of parts that were manufactured with this technology that resulted in lower part cost, improved part quality or both. Steel tolerances, surface finish, and overall cost have been some of the limitations presented in this process.

Conformal cooled core and a traditionally cooled core are put to the test to determine how the different technologies react in the same environment. What really is happening inside the core and is the difference noticeable?

Is the cooling time reduction as good as they say? What is the impact to part quality?

Read on to learn more…

Fortunately, the equipment, materials, and manufacturing methods have come a long way in achieving better surface finish and tolerance expectations. And not a moment too soon. Since parts are becoming more complicated while expectations continue to increase, the need for more efficient part cooling becomes even more important since overall part quality is assumed in the quest to lower part price and stay competitive. While there are several avenues available to the processor to optimize cycle time, part cooling typically represents a higher portion of that overall cycle time and will be the focus of this study.

A current part selected for this study was comprised of a small, but deep box approximately 3.5” x 1.75” x 4.25” tall with little internal structure, and fairly uniform wall of 0.118”, made from PC+ABS. For those that are familiar with injection molding parts of this design, inherent warping of the unsupported side walls is the primary nemesis, which requires special attention paid to cooling of the core and in many cases require additional cooling time to meet the warp specifications.

This study will focus on one fundamental difference: the cooling of the internal core. Since the primary cooling of the part occurs through the core, consistent and efficient removal of the heat is needed to ensure the uniformity of heat transfer. No other changes to the mold were made other than what is described below.

The original, conventionally cooled core is made of hardened H-13 tool steel, cooled with two Ø7/16” drilled water lines with 0.085” thick baffles on two separate circuits providing an effective cross sectional area of 0.057in2 in flow channel for each baffle. Having two equally spaced baffles roughly equidistant in the core means the minimum distance from the edge of the water line to core surface is 0.450”, with a distance between baffles of 1.1875”. Thermal conductivity (k) is approximately 10.2 BTU/hr. ft. °F. Thermal conductivity (k) is approximately 8.9 BTU/hr. ft. °F.

The conformal cooled core is a laser sintered Matsuura Maraging II steel made on a LUMEX Avance-25 metal laser sintered hybrid milling machine. The unique aspect of this technology is the integrated machining step between print layer intervals. The design of the cooling channel is a one circuit, spiral design, with a modified elliptical shape that twists around the core at alternating levels. The non-traditional shape effectively maximizes the surface area parallel to the core surface providing an affective cross-sectional area of 0.071in2 in flow channel. The minimum distance from the edge of the water line to core surface is 0.093.”

The goal in any cooling process is to remove the heat consistently throughout the part.  With greater cooling flow closer to the part surface, heat is conducted away from the plastic more efficiently, resulting in reduced cycle time with similar or better part quality.  The theory is correct, proven and demonstrated over and over.  This experiment will put that theory into practice to see what is really happening within the core and to quantify the impact of the differences.

We know that to make a part that meets print, a baffle cooled core requires a cooling time of 18 seconds, which became the starting point for our study, since theory dictates that the better cooling will be achieved more quickly with the conformal cooled core.

The conformal cooled core was installed in the mold and the experiment was started by setting up to the approved process, allowing for stabilization before data and samples were collected.  Core temperatures were manually recorded as were part ejection temperatures.  Water circuit flow rates and inlet and outlet water temperatures were recorded in real time with the help of a System Cooling Test Rig provided by Progressive Components.

Cooling time was then reduced in 2 second step increments following the same procedure previously described, and recording the same output data until there were discernable part quality issues forcing the study to end.

The collected samples were measured for each of the cooling times to ascertain the resultant part warp over the reduced cooling times.

The entire process was repeated for the existing baffle cooled core, using the same water input temperatures and cooling time increments determined earlier in order to achieve a reasonable comparison on the effectiveness of only the cooling design with other parameters remaining fixed.  It should be noted that additional optimization opportunities exist, but those were not employed for the purpose of this technology comparison.

Results that were as expected in a conformal cooled core:

There were some unexpected developments:

There is no question that this technology has tangible benefits with little doubt that the cooling enhancements have a meaningful impact, but as with any technology, application needs be weighed against cost, and that certainly holds true for this additive process.  Large cores require longer manufacturing times and significant material consumption resulting in higher tooling costs.  The test part chosen represented a large test subject, selected to minimize other external influences in this study.  The less tangible benefits need to be factored into the overall payback, which in this case, is improved part quality and greater consistency over longer runs are not as easily quantifiable benefits, but ones that should not be marginalized.  There are many cases where the cost to develop sub-optimal processes will offset more of this delta.  Each application needs to weigh all these considerations when determining the best approach.  For this tale, consistency will take center stage.

It is time to challenge traditional cooling methods.  Parts are not getting any easier and part quality continues to be a given even as tolerances tighten, and cost pressures force us to look to new horizons to stay one step ahead.  As we look to the future, this technology will certainly be one tool that we employ.